Teleperformance recognised for its diversity and inclusivity practices in India 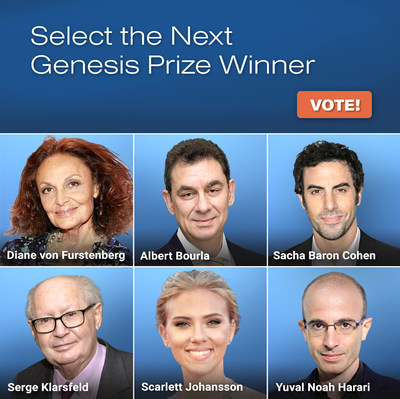 The annual $1 million Genesis Prize, dubbed the “Jewish Nobel” by Time magazine, honors extraordinary individuals for their outstanding professional achievement, contribution to humanity, and commitment to Jewish values. The 2022 Laureate will follow in the footsteps of Steven Spielberg, who won the 2021 Genesis Prize.

The finalists for the 2022 Genesis Prize are:

View short videos profiling each of the finalists.

Since 2020, the vote of global Jewry has been a factor of paramount importance in Laureate selection. Last year, two hundred thousand Jews on six continents cast their votes for one of the 2021 finalists. The outcome of the public vote is taken into consideration by the Genesis Prize Committee, which retains the ultimate discretion in selecting the Laureate.

The 2022 Laureate will be announced early in 2022, along with the philanthropic initiative to which the $1 million prize, and potential additional matching funds, will be directed.

The Genesis Prize Foundation plans to honor the Laureate at a gala ceremony in Israel in mid-2022, COVID situation permitting.

Read all the latest and trending stories published on newsgaliyara.com