– Ocado has signed agreements with retailers such as Kroger, Marks & Spencer and Morrisons for systems that infringe AutoStore’s intellectual property

– Complaints filed in both United States (US International Trade Commission; US District Court for the Eastern District of Virginia) and United Kingdom (High Court of England and Wales)

– AutoStore seeks orders barring Ocado and its partners from manufacturing and selling infringing products and importing them into the United States, as well as financial damages 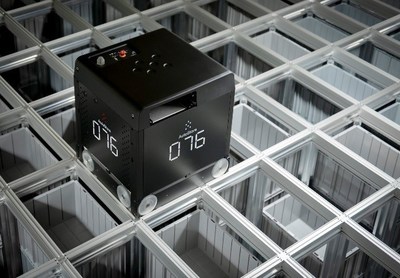 AutoStore is seeking court orders barring Ocado and its partner, Tharsus Group (of Blyth, UK), from manufacturing, importing, using and selling technology that infringes AutoStore’s patents, as well as monetary damages. Ocado has signed agreements with retailers such as Kroger (US), Marks & Spencer (UK), and Morrisons (UK) that rely on the continued infringement of AutoStore’s intellectual property.

AutoStore has filed complaints in the following tribunals:

The complaint filed with the US International Trade Commission also names Printed Motor Works (of Hampshire, UK), an Ocado supplier, as a respondent.

“Since 1996, AutoStore has developed and pioneered technology that has revolutionized retail storage and order fulfillment, and is driving the growth of online retail,” said Karl Johan Lier, CEO and President of AutoStore. “Our ownership of the technology at the heart of Ocado’s warehousing system is clear. We will not tolerate Ocado’s continued infringement of our intellectual property rights in its effort to boost its growth and attempt to transform itself into a global technology company.”

AutoStore’s innovative automated storage and retrieval systems provide unprecedented configurability and flexibility to warehouse owners and operators. In the AutoStore system, storage bins are stacked vertically in a grid and stored in a cubic structure, with the bins retrieved by robots that travel on the top of the structure. AutoStore currently supports more than 500 installations and 18,000 robots across 30 countries, serving markets from grocery and healthcare to aviation for customers including ASDA (UK), Best Buy (USA), and Lufthansa (Germany).  Ocado too is an AutoStore customer, having first purchased AutoStore technology in 2012.

Ocado’s infringement of AutoStore’s AS/RS intellectual property – including the storage system and robots – is the foundation on which the “Ocado Smart Platform” (OSP) was built and on which Ocado’s business today is based.

Ocado infringes the AutoStore patented technology, deploying it in Customer Fulfillment Centers (“CFCs”) for its own online grocery business and for its customers, such as Morrisons in the UK. Ocado also entered into a partnership with Kroger (US) in 2018 to establish up to 20 CFC sites in the US based on AutoStore’s patented technology.

Ocado’s OSP infringes several AutoStore patents, including those relating to the fundamental central cavity design of the AS/RS robots; the arrangement of the lifting mechanism that enables those robots to lift and place bins in their cavities; and the robots’ in-wheel motors. A court in Norway has already found that AutoStore is entitled to ownership of its patents covering the robots’ central cavity technology, yet Ocado has continued to pursue lucrative partnerships by selling that technology – as well as other AutoStore-owned technology – as its own.

About AutoStore
Founded in 1996 as Jakob Hatteland Logistics AS, AutoStore is a robotics technology company that invented and continues to pioneer Cube Storage Automation, the densest storage technology. Its focus is to combine software and hardware with human capabilities to further develop the future of efficient warehouses. With more than 500 installations in 30 countries, the company is represented in a variety of industries. Sales, designs, and installations are carried out by a network of qualified integrators who are its partners. Its headquarters are in Nedre Vats, Norway, and it has offices, warehouses and / or manufacturing sites in the USA, UK, Poland, Germany, France, Korea and Japan.